Tamasha Bollywood movie released in 2015, approx 87 cr,
If you are looking for Deep analysis of tamasha movie |  directed by imtiaz ali, this page will provide free analysis theories and positive analysis of characters in this film ved and tara. Motivational new hindi movies online.

The life story starts with a boy, his name is “ Ved ” living in shimla, India.
• Ved motivated by hearing stories from guru jji and school teacher.
• Ved is a good listener and he is “ connecting characters in stories ”  [ western stories – Indian epics, Romeo Juliet – Lyla majnu, Aladdin, Joseph heller etc.]
• Deeply thinking in epic stories, he will become creative thinker and designing new characters through visual imagination power.
• Having Patience for the right time.
• Watching cinema’s in weekends and living in characters, for example ‘ Chandramukhi, South Indian film ’.
• He is having technological and  creative presentation skills to work in Mercury telecom as an Entrepreneur doing efforts and focusing on growth of telecommunications.
• Self dependent person : cleaning his own car, cooking food etc.
• Ved is a well behaved, polite, decent person and many Soft Skills you can observe in Ved ( hero).
• Helping others, Accepting issues and challenges with cool mind.

• You can see many mediocre ‘s in life, sometimes our self, our friends are mediocre [ our desires is different. But we are doing some other professional job for others happiness = mediocre]

• Mediocre symptoms : No friends – No friends circle to Ved character in tamasha film, only few office employees / workmates you can see in the (  tamasha full length movie) this it hero and heroine doing friendship with comic and epic  books.

• Mediocre always appreciate and think positive about another person’s life.

Tamasha movie science
• Theory of another world : as per this theory everyone having another world.
• Ved is clearly explained people don’t know ( inside sand, outside pearl.
• Science In tamasha movie : another world rules, law, tradition’s are different from this world.

• One of auto rikshaw driver in Delhi city, India. But in another world actually he is a singer in इलाहाबाद Allahabad.  Ved will appreciate to driver hairstyle and singing skills.

• Theory of creative thinker : ved listening many stories in life and creating “ interpol  ” officer character in Corsica with his visual imagination powers.

Time lapse theory in Tamasha movie 2015 : ved worrying about time, Run Run Run good time why will complete very fast.
• वेद को लगता है कि Run Run Run अच्छा समय इतना ज़ल्दी क्यूं बीत जाता है ?
• Ved like to PAUSE Time and Age.
• Ved parents telling if you wasted your time. You have to do Double hardwork. But ved is worrying about choosing himself to reach new destination and acting like a mediocre.

• Mediocre don’t know how to react with partner, attracting towards depression.

• Mental stage : we cant control our emotions.
• Over drinking and unconscious.
How to overcome mediocre mediocrity

How to identify mediocre ?

• Ved confused with inside and outside world.
• Discussing about “ Orgonic economics ”  in Product presentation.
How to overcome the problem of mediocre?
• Ved life partner is Tara
• She teaches her to come out from mediocre, you have another world, your favourite destination is different than your profession.
As per this story : places are different in the world. But stories are same.
• Finally Ved will discover his favorite real character and profession.

Few words from my heart  About imtiaz ali direction : superb character’s shaped by Tamasha team deeply connected with Grandfather – situation of migrant workers before independence.
What we have to focus is on while doing business or company job.
• Interlinking :  father – bansuri music skills,
• Importance of guruji teachings ( teacher  in our  life)
• Dear reader’s now you know about 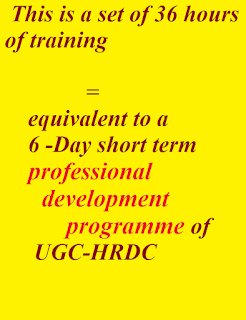 Offered by IGNOU     How to Enroll in Professional Development Programme? Step by Step :    open  https://ignou-nep-pdp.samarth.ac.in/  Click on Register Button   Type and submit your Name, your Mail Id, Scanned JPG / JPEG /PDF Valid Institutional Id Proof.     Upload your  JPG / JPEG /  Photo and Signature       successfully registered message will be displayed on your screen  What Next?   Just login with same id and password created by you    Implementation NEP 2020 PDP  offered by IGNOU, and approved by the UGC   Submit personal details (name, date of birth, gender, your highest qualification and Religion ) choose your preferred language Hindi / English and submit.  What Next?     submit correspondence details : address etc.,  Valid Institutional ID card OR Nomination letter from Head of the Department/Principal/Competent authority ( Nomination letter Format )  Kindly  read all the instructions and I accept all terms and conditions and Final Submit           you will get Unique 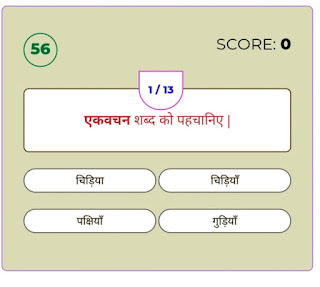 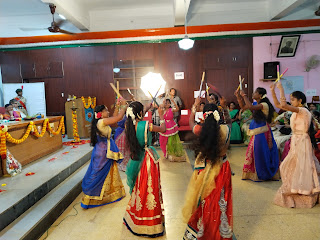